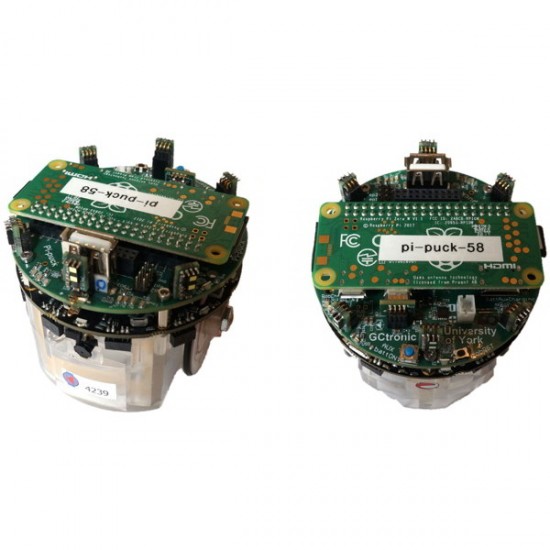 Pi-Puck, the Raspberry Pi extension for the e-puck 2 education and research robot

If you remember, the e-puck robot was born in 2004 from a joint project involving two researchers at the Swiss Federal Institute of Technology in Lausanne. It is a small mobile robot designed to encourage teaching and research in robotics, using a customisable, open-hardware and open-source platform.

Two years later, they released e-puck 2. This more recent version has a more powerful processor and new modules for seeing the world in a new light (ToF sensor, brightness, presence, etc.). WiFi and Bluetooth compatible, it has everything it takes to delight developers of both connected and unconnected robotics applications.

The small educational and research robot has just got better with the release of a new extension, devoted this time to the collaboration between e-puck and Raspberry Pi!

By adding the Raspberry Pi Zero W to your e-puck 2 system, you will get more computing power, more possibilities for the robot to interact with its environment and more memory, without sacrificing its wireless communication functionalities which have in fact been amplified.

The e-puck’s functionalities have been significantly improved:

Technical specifications of the Pi-puck extension 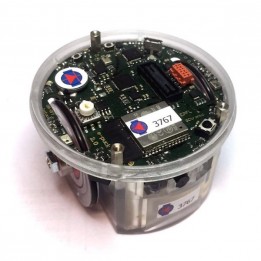 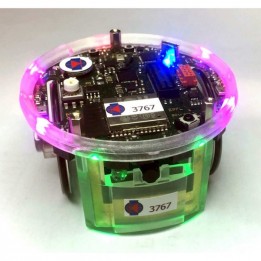 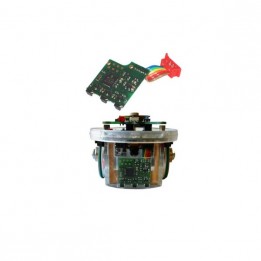 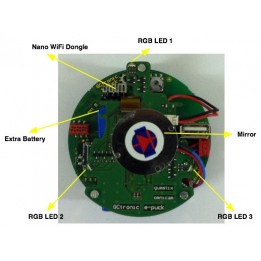