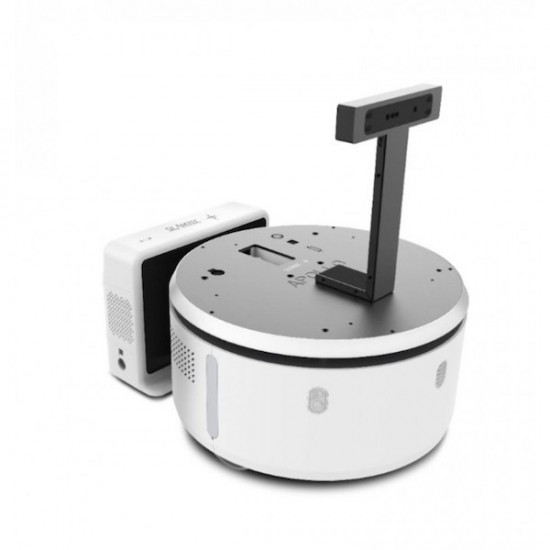 The mobile base Apollo by SLAMTEC is a middle-sized robotic base. It’s a performing and strong development platform (ultrasonic sensors, PRLidar, depth camera) and it can take a load of up to 35 kg! Developers have access to SDK SLAMWARE allowing them to develop third-party applications (including iOS and Android) and to have access to the data collected by the sensors of the robot Apollo.

Presentation and applications of the mobile base Apollo

Warning: At the moment, Apollo hasn’t got the CE certificate and can thus only be used in prototype projects in R&D, labs or other institutes of higher education.

The mobile robot Apollo is one of the best mobile bases available for public applications. He was designed to move autonomously in public places and to be capable of facing numerous simple and complex situations. The mobile base Apollo is a development platform that is ready to be used. You will be able to use its highly developed navigation features with the unpacking of Apollo. It can execute its mapping function (real-time cartography), autonomous navigation and avoiding obstacles almost immediately.

The documentation supplied by the manufacturer SLAMTEC is simple and concise. Their quick startup guide and their user’s guide will ensure that you can quickly work with your mobile base Apollo, even if you’re not an engineer, nor a developer nor a real technology lover.

The mobile robot Apollo is upgradeable, that’s one of its advantages. You can easily install a touch screen on top of his platform, a robotic arm, a second or third platform, a camera, other sensors, etc. 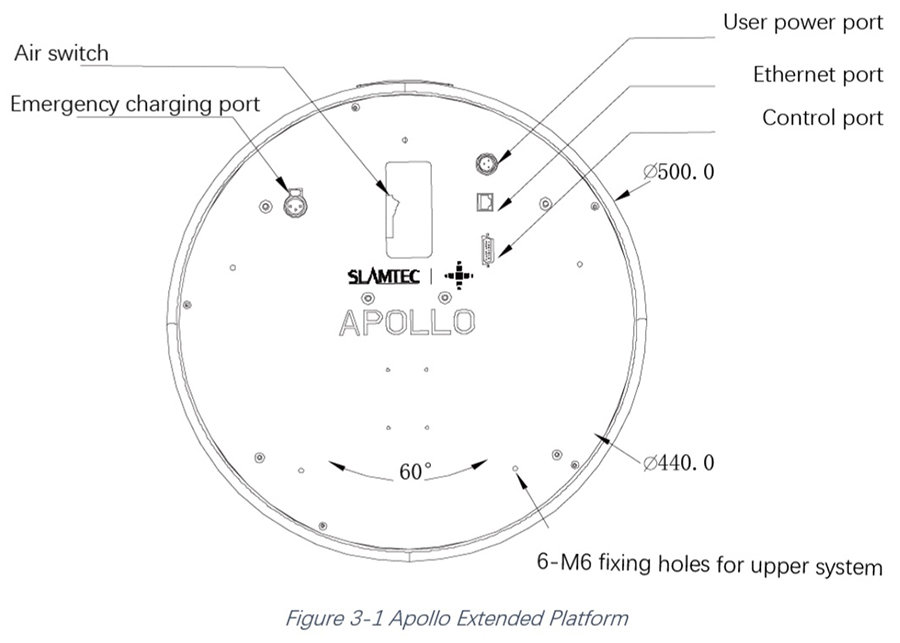 On top of that, the Software SLAMTEC SDK allows you to develop third-party applications for the robot Apollo.

The mobile base Apollo can become whatever you wish for with its minimalist and elegant design and its flexibility to best fulfill the task you have in mind: guide, in-house courier (max. load 35kg), reception robot, sales consultant, etc.

If you don’t have the required resources to upgrade your robot, you can contact the GR Lab, the engineering and development lab of Génération Robots, via the following address: grlab@generationrobots.com. The GR Lab develops robotics solutions for large groups and medium-sized companies. Our robotics engineers will develop the solution you have been thinking of for the base Apollo.

Features of the mobile robot base Apollo

Real-time recognition of its environment

Apollo is equipped with an Scanner Laser 360° RPlidar A2 that can see and measure up to 15m of distance. 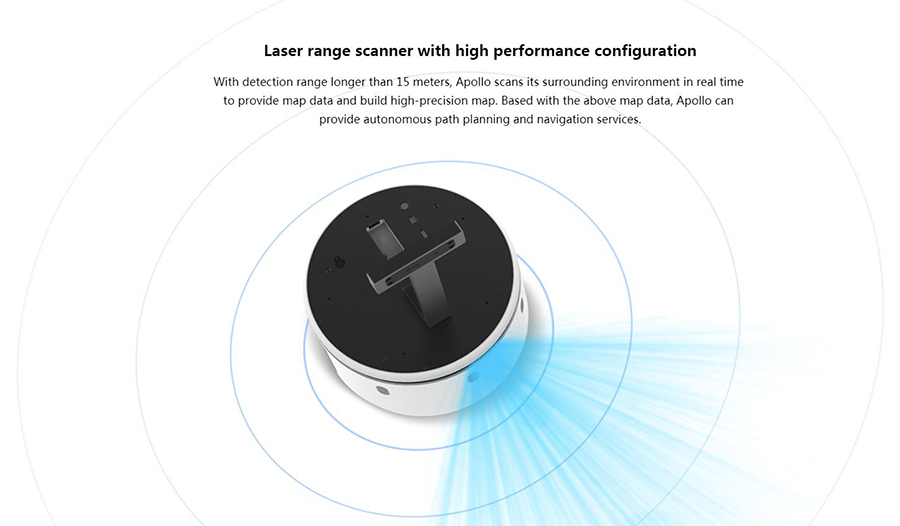 The RPlidar A2 uses a measurement system based on triangulation laser as well as the OPTMAG technology, both developed by the manufacturer SLAMTEC. The RPLidar has a significantly longer life than others without losing its accuracy or efficiency.

The mobile base Apollo also has a depth camera, situated around 30cm higher than the RPLidar. This depth camera allows the robot to detect obstacles that the Lidar can’t detect (because lower situated), e.g. the edge of a table. To detect near obstacles, SLAMTEC has integrated three ultrasonic distance sensors detecting obstacles that are 40 cm or less away from the robot.

Apollo is also equipped with three cliff sensors. They are situated under the robot and are able to detect holes and drops with a minimum depth of 5 cm and prevent the robot from falling from e.g. the top of stairs. 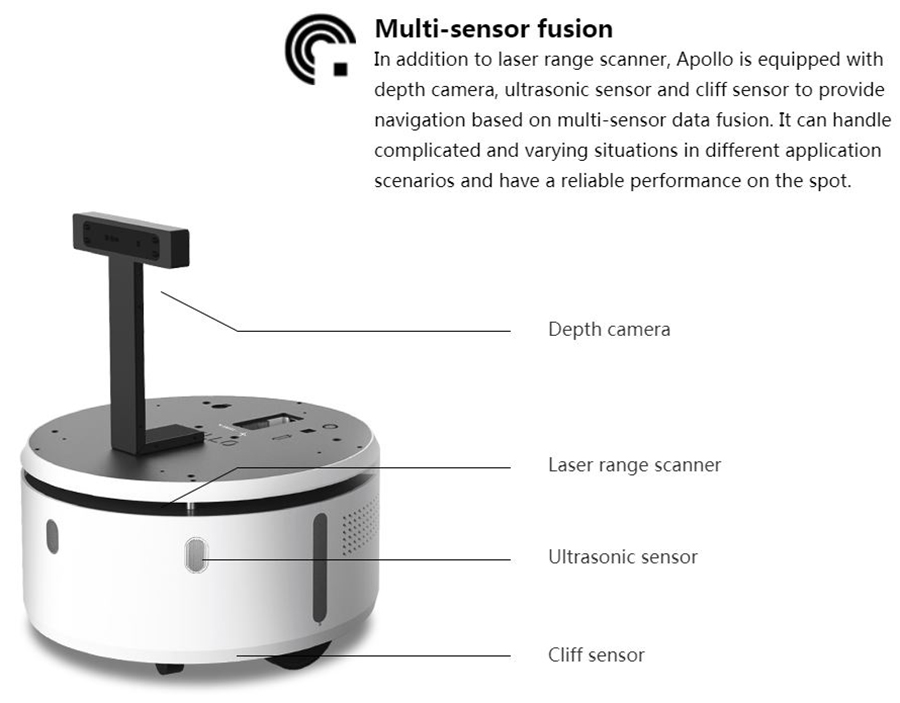 Apart from his numerous sensors that guarantee safety and autonomy, the Apollo robot was designed with a lower barycenter offering a better stability and more safety for his environment. It can even overcome small elevations (watch out for cables!).

Different than other robots, Apollo doesn’t need other added external elements (GPS beacons) to use its navigation and localisation feature (except in extraordinary environment).

Apollo can map in real time (mapping). It uses the SharpEdge technology to create extremely precise maps and layouts (with a resolution of up to 5 cm without accumulating errors). 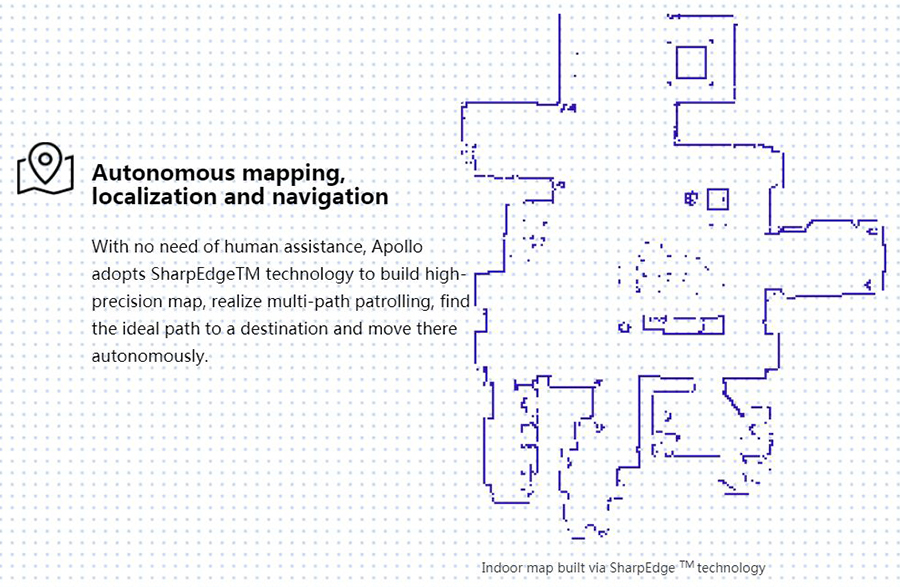 Apollo can dynamically change its way in order to arrive at a destination (e.g. if there is an object that blocks the route) thanks to its many different sensors. It can also autonomously relocate its position in an environment if he has been moved for example.

Using and programming the robot with the software RoboStudio

Once the software RoboStudio is installed (online available for free), the user has access to the data collected by different sensors, can visualise the maps created by Apollo, create virtual tracks and walls, program the robot, supervise it or give orders. The interface is user-friendly and the software offers numerous features including the use of software extensions.

The SDK SLAMWARE of SLAMTEC allows the development of third-party applications including iOS and Android for the robot Apollo. SLAMWARE is a modular navigation and localisation system that integrates simultaneous localisation and cartography (SLAM) based on the RPLidar and its feature of finding the corresponding way. The SDK SLAMWARE allows the development of new features based on the SLAMWARE system and third-party applications to interact with the robot.

Autonomous charging of the battery

The mobile robot Apollo can join its charging base and then be charged on its own. According to the default settings, it joins its base when the battery is less than 30% but this setting can easily be changed. 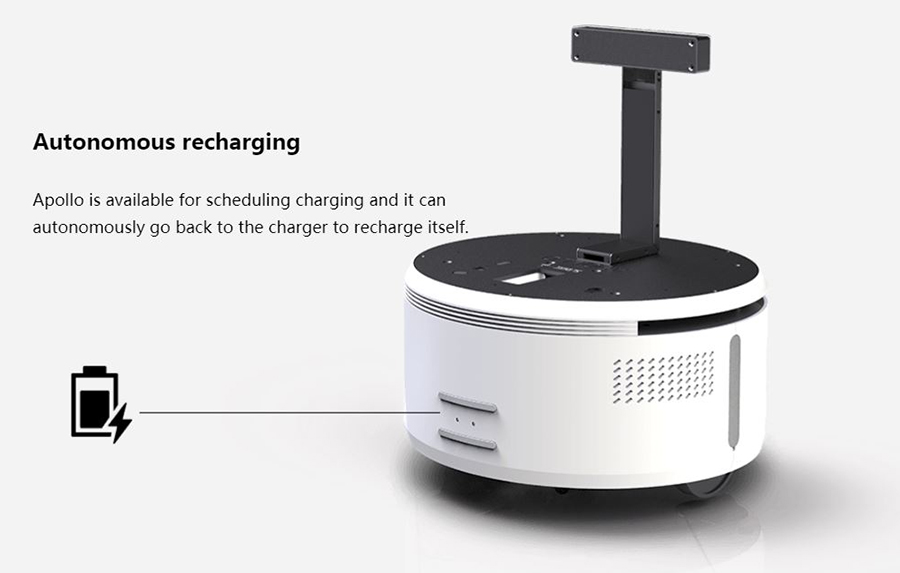 The data fusion allows the robot Apollo to use all of its sensors for autonomous navigation. It can avoid each obstacle detected by a sensor to navigate safely.

Apollo can map a building with several floors and create links between each floor. This can be useful for organising an emergency evacuation or the navigation of people in commercial centers or airports.

Autonomous use of elevators

Apollo can use elevators that are controlled by WiFi autonomously by sending them orders via a WiFi network. It can enter the elevator, make it move (only by using WiFi), detect at which floor the elevator is at the moment and leave the elevator at its destination.

Technical specifications of the mobile base Apollo

Warning: At the moment, Apollo hasn’t got the CE certificate and can thus only be used in prototype projects in R&D, labs or other institutes of higher education.

Resources of the mobile base Apollo 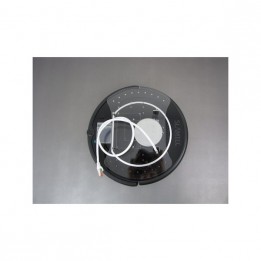 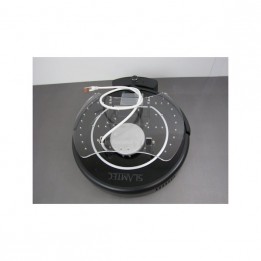